Happy New Year dear reader! Can you believe we have left 2020 behind us and entered into 2021? No, I can’t either as it feels exactly the same as what we have just left. I was under no illusion that the changing of the calendar would change anything, but a new year usually brings with it fresh hopes and looking to the future.

January is a pretty grim month at the best of times, with the cold, wet, dark days and feeling skint after Xmas, but this year we have Lockdown 3.0 to contend with too. The news is just filled with doom and gloom and we can’t plan holidays, go anywhere or do anything. My daughter Thea is struggling as she’s getting bored of just walking the dogs and gets upset, as we were supposed to start swimming lassons last year and start her rock climbing lessons.

Booooooooooo to pandemics and shitty news. I try not to read the news too much as it just gets me down. However any news involving dogs usually gets my attention and last week I saw a headline which just broke my heart. It said ‘Dogs Trust receives 2,000 calls to rehome dogs in 3 months’. That’s 167 calls A WEEK!

That’s just the Dogs Trust, it doesn’t include figures from other charities and rehoming centres.

According to Propellanet, Google searches relating to buying a puppy increased 120% in April last year, less than a month after the first lockdown was announced. ‘Adopt a puppy’ Google searches also increased by a whopping 133%.

That is just madness.

I get that people who were home more thought that they now had the time to devote to a puppy, however I’m guessing they didn’t think about the long term reality of bringing in another living, breathing, thinking and feeling being into their home. I dread to think how many people went and got a dog on a last minute whim without putting any thought into it. No wonder unscrupulous breeders were hiking up the prices and greedily rubbing their hands together. Puppy farming and back yard breeding is a supply and demand business and with increased demand, we will see increased suffering for puppy farmed dogs

A Dog is for Life, Not Just For Lockdown.

Sadly I don’t see an end to this problem as we have become a society used to instant gratification. When we want something, we can go and get it instantly. Remember the days before we had the internet in our pockets? If you couldn’t remember the name of an actor or a movie, you’d have to wait to ask your mates in the pub to see if they could remember. Sometimes you could go days not knowing the answer to whatever question was bugging you. Now a quick Google search is all it takes to satisfy your thirst for info.

It’s the same for buying puppies. You search for puppies, it brings up a list of adverts, you enquire and sometimes within a day you can be handing over money and fetching a dog home. It is scarily fast.

The longer this lockdown goes on, the worse this problem will be. I wrote about the puppy problem back in August in my Pandemic Puppy Problem Blog – https://www.born2runpetcare.com/the-puppy-pandemic-problem/ and it hasn’t improved.

One of my goals in 2021 is help people with their puppies, from pre-puppy ownership to fetching the bundle of fluff home and beyond. If you want help and advice with your puppy, then why not sign up to my Puppy Place email list? You’ll get emails every week discussing all the problems people have with puppies as well as getting advice and tips on how to deal with it! It’s completely free, so what’s stopping you? You can sign up here – http://eepurl.com/dMiTEc

Be a part of the big education plan I have for 2021 to help pet parents and dogs have a happier life together. 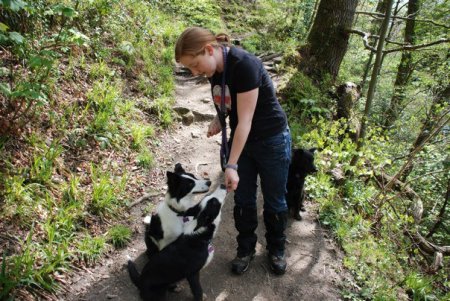 One thought on “Lockdown Puppy Boom”